Hi everyone,
I have decided to write another story since I have more feedback on stories than on my Family History Organizing system.
I am going to tell you about one of my Utah Pioneer Ancestors. I find my ancestors all filed away nicely in my document box. He is filed under 5g#20. Can you guess which generation he is in and what his Ahnentafel number is? (Send me a comment if you know the answer)
Ok, now for the story..........

Samuel Claridge was born in 1828 the 9th child of David & Elizabeth Claridge. He was born & grew up in Bedfordshire England. He left home when he was 14 yeard old. At age 17 he joined Protestant Church and there he met Charlotte Joy. She was born in 1819 and was 9 years older than Samuel.
Samuel was a Baker by trade and owned his own bake shop by the time he and Charlotte were married.
Soon after they were married they were baptized and joined the Church of Jesus Christ of Latter-Day Saints.
Less than 2 years after being baptized, Samuel, Charlotte and their 2 children immigrated to Utah. They joined the Joseph W. Young Company in 1853.

Soon after arriving in SLC, Brigham Young asked the Joseph W Young Company to continue on and help  settle Sugar Creek, now known as Nephi, Utah. The Claridge family lived there for the next 14 years and had 2 more children.

During this time a family from Ireland, by the name of John Hughes had joined the church and wanted to come out to Utah, but couldn't afford to take his whole family so he sent his son Johnny age 15 and daughter, Rebecca age 17 with an Uncle Thomas. After reaching SLC Uncle Thomas was unable to care for the children any longer so they were sent to live with a family by the name of McCune from Nephi.
Rebecca Hughes and Elizabeth Claridge became best friends and were always together.

In 1868 Brigham Young read off a few names that were called as missionaries to go settle the "Muddy".  Samuel's name was called out as one of the families that were asked to serve.
He accepted the call and left Charlotte behind in Nephi with the younger children and took their oldest daughter Elizabeth age 16, and their son Samuel Jr. age 19, and his second wife Rebecca and her 6 month old son and set out to settle the "Muddy." (To be continued!)
Posted by Grandma SueBee at 10:29 PM

Grandma SueBee
Washington, Utah, United States
My Family calls me GrandmaSueBee and I have a passion for geneology work. I currently live in Washington Utah with my husband and our dog "Tanner". I love to quilt, sew, crochet, teach my organizing system,and visit my children, grandchildren & now great grandchildren.

Instructions for you to get started.

This Program will be taught by me personally either thru Skype or Gmail Chat. There will be weekly lessons plus homework assigments depending on what your needs are for Organizing your records. You will be learning how to make a Family History/Genealogy workbook and a Document box that works with your workbook.

Over the years I have learned an easy & unique way to keep track of your ancestors, especially those who have Scandonavian last names.

The contents for assembling your workbook and part of your document box will be shipped to your home.

You will need a 2” - 3 ring binder for your workbook and a box or filing cabinet that will hold hanging file folders and manilla tab folders for your document box.

I hope you will give this system a try. It has changed many lives over the 4 years I have been teaching it.

What others are saying about this system:

*For anyone wondering about this system or Sue's ability to help you get organized, let me assure she is everything she says she is and more! She is too humble to tell you that she has come up with the most simple way of keeping track of your ancestors and all of those pieces of paper that seem to reproduce on their own in that box or pile you have kept in the closet because you didn't know what to do with it!! I know from personal experience, she will spend whatever time it takes to make sure you are successful at organizing your genealogy. She has been a God-send to me and my family and we have stayed friends because she is truly filled with charity. If you are like me and were afraid to even get started because of all the piles of stuff you already had, Sue will alleviate your fears and get you moving forward! I only wish I'd known her sooner! -Judi Utah

*Sue: I have been working on my organizing binder and just realized what a fantastic system this is. Thank you and bless you. ~ Beryl Van Horn from Hurricane Utah

Other Genealogy sites you can view. 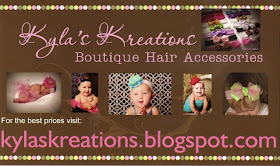